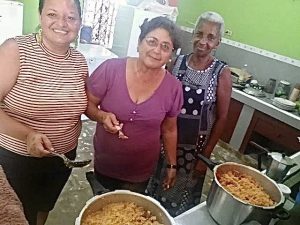 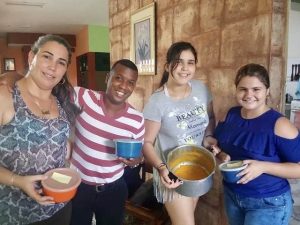 Our Cuban brothers and sisters have also been affected by the virus this spring, and have also been quarantining, masking, worshiping at home and continuing to care for their community.  In the midst of widespread food shortages on the island, the church continued their Breakfast program, feeding the elderly (at home) AND pooled their resources and shared food with neighbors both in Nueva Paz and in nearby communities.  They’ve made masks for themselves and others.

They’ve continued their regular schedule of providing purified water to the community through the Living Waters system – delivering it to those unable to make it to the church.  And they’ve worshiped at home, sharing liturgies and messages prepared by their Pastora Tirisay, hand-delivered by Tirisay and members of the session.  They even celebrated the 116th anniversary of the church with pumpkin flan made by members of the session and delivered to each of their homes!

At present, some areas of Cuba have been able to move into an early phase of re-opening, which has allowed the churches to open for worship.  As you can see by the photos, our friends immediately began to clean the church and were ready to worship together, appropriately spaced, the first Sunday they were able – July 5. 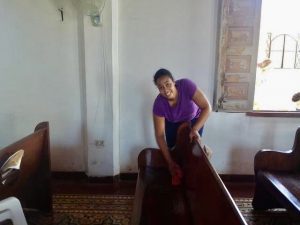 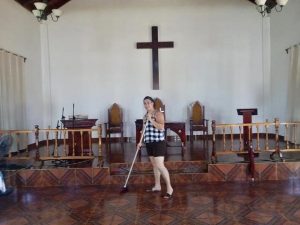 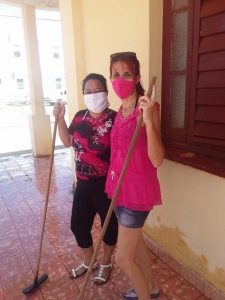 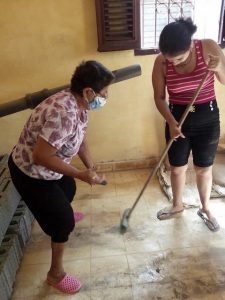 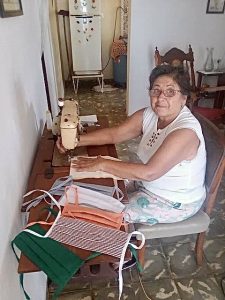 They’ve also been able to re-start the manse project – check out that update!