Our Partnership With Nueva Paz . . . the Beginning 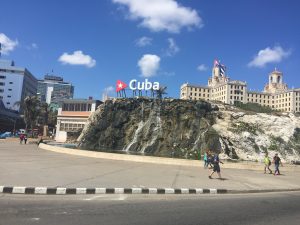 Our engagement with the Presbyterian Church in Cuba began in 2008 when Loretta Gratias-Bremer & Ann Beran Jones visited Cuba with a group from the Presbytery of Chicago, visiting Havana-area churches and celebrating a covenant that had been established between the Chicago and Havana Presbyteries in 1999.

The church in Nueva Paz was one of the churches the group visited and the two reported that a partnership between our congregation and theirs would be a great fit.  Jane Boxell and Nancy Glickman, on behalf of our Mission committee, visited Nueva Paz soon after, reached the same conclusion and recommended to Session that we form a partnership with this very special Presbyterian congregation.  Session then made it official and we’ve been family ever since.

While the following video does not feature our friends in Nueva Paz, it is a production of the Presbyterian Foundation which illustrates the depth of connection between PCUSA and the Seminary in Matanzas, Cuba; and speaks to the number of Presbyterian partner churches and supporting mission organizations engaged, as we are, as partners in ministry with the Iglesia Presbiteriana Reformada en Cuba (IPRC). 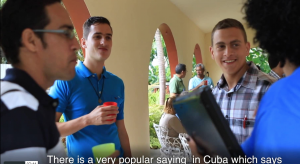